Bob Mayer is the author of The Fiction Writers’ Toolkit.

He has published 30 fiction books and has two million books in print, translated into eight languages.

He says there are six important questions to consider when writing a novel (this applies even more so to films.).

4. Why should anyone else care?

6. What do I want readers to think or see?

“What I have found is that most writers can answer the first three, but not the last three.

People get a lot of good ideas, but unless you follow through and put them in a form that connects with readers, they are just ideas.

Creating stories and characters that resonate with readers is an art and craft that takes times to master. To do this, you need to develop a deep understanding of story structure and follow a step by step process.

Stories, that follow classic story principles, resonate with readers at a deep level and touch a broad audience. 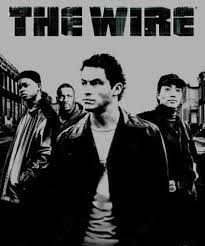 The writer and creator of The Wire, David Simon, worked as a journalist for many years at the Baltimore Sun trying to get his stories in the paper about what was going on in the city. Its racial problems, drug problems, crime, corrupt institutions etc and no one, not even the editorial writers, would take any notice. That is, until he turned the stories into a fictional TV series. Suddenly everyone took notice.

The purpose of technique and structure is to ensure that you write stories that connect with your readers.

That is, your story should have them wanting to know what happens next, while taking your main character and readers on an emotional and spiritual journey of change.

This doesn’t happen by accident. It takes craft, practice and discipline to craft the outpourings of your imagination into a form that other people will want to read. Ninety per cent of novels and screenplays are rejected because of poor structure.

Mayer says that in order to construct a successful novel or screenplay a writer must be able to do two contradictory things:

The writer must be able to see the possibilities of a story and at the same time be able to see how it all fits together. Most people struggle to do both with their own work, which is why it is so important to work with others and have guidance and help. This is what our Novel & Script Courses are designed to do.

“Very few novels in the bookstores were written in a vacuum. Help should be an ongoing thing.

To get adequate help, you need someone who is not only good in the area you are lacking, but someone who is willing to put the time and effort in to do a realistic and good job.

The problem with a novel is that it is very large and a one hour discussion isn’t going to do you much good.”

You need to be able to see the big picture of your story and how it works, and at the same time be able to detail the steps and scenes of your story in a detailed, compelling and logical way.

So that the action of the story and the character journey both ring true for the reader and are working together. One exists to reveal the other.

This requires a dance between structure and the imagination.

“An event alone cannot hold a story together. Or can series of events.

A character is revealed slowly by the writer, who peels away one layer at a time.”

“You must have events that occur as the conflict unfolds, and these events must be organised with an emphasis on causality.

If they aren’t organised without an emphasis on causality, what you end up with is either a picaresque novel in which we explore episodes of someone’s life without there being a relationship between these episodes, or characters engaged in a tedious search for a plot.

Characters in search of a plot is just bad writing.”

Ideally, you want to write stories where everything fits together in a compelling, entertaining and original way.

It should also expand the readers’ consciousness of how they view the world.

The process is simple, but by no means easy.

Leonard Bishop is quoted in the Art of War for Writers, “Dramatic characters, inventive plotlines, exciting and intense situations are not achieved through accident or ‘good luck’. The writers of great books zealously learn the craft of their profession so they can release the power and depth of their imagination and experience.”