Home » About Writing » Harnessing the Power of Creative Tension

Writing a novel or screenplay is an art and a craft that requires writers to go outside their comfort zone and understand the challenges of the creative process.

To fully harness your creative potential, it is essential to grasp the subtleties of the creative process and understand how at first, elements of the craft of writing and storytelling can often feel counter-intuitive or counter-instinctive.

Writing a longer piece of work such as a novel or screenplay requires you to use both sides of your brain.

Some people find the act of writing, creating images on the page that evoke emotions, the most natural and instinctive thing in the world. But these people can struggle with the all-important planning and structural process. Complaining that it stifles their creativity.

Other people thrive on the planning and structure and find the actual writing a struggle. They have to write and re-write many times to get it right.

One is no better than the other.

To write the best story you are capable of, you need to sit with the creative tension and learn to do both.

This takes practice and courage as it often requires working in a way that feels counter-instinctive. Initially, this can feel very uncomfortable, but it is worth working through.

According to Robert Fritz, who wrote a profound book called, Creating, another strand of creative tension is one of the “trade secrets” of writers, composers, filmmakers, inventors, scientists and others who have mastered the ability to sit with and utilise creative tension to produce inspiring works in all forms.

Here is an extract from his book: 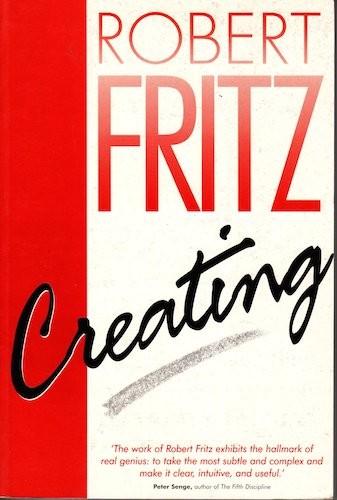 “Most people who are not consummate creators avoid tension. They want quick answers. They don’t like living in the realm of not knowing something they want to know. They have an intolerance for those moments in the creative process in which you have no idea how to get from where you are to where you want to be.

“Actually, this is one of the very best moments there are. This is when something completely original can be born, when you go beyond your usual ways of addressing similar situations, where you can drive the creative process into high gear. And, this is counter-instinctive. Our instincts are to end discrepancies, resolve tension, have it over with. And that’s why what I am describing is truly a discipline.

“All disciplines are unnatural. When you learn to ski, your instructor takes you to the top of the mountain and says, “Lean down.” You look down, and it can scare the daylights out of you. It’s a long fall. Your instinct is to lean backwards. As it turns out, if you lean backwards, it is like flooring the accelerator in a classic Ferrari. You will just take off right down the steep incline of the hill. But if you lean forward, you are putting the breaks on and in full control of the skis. To learn how to ski, you need to learn how to be counter-instinctive.

“As it is with most important skills we develop in life, when people complain at first it doesn’t feel right, that’s usually because they are moving against their instincts. But to master the skill is one thing that comes with the territory.” 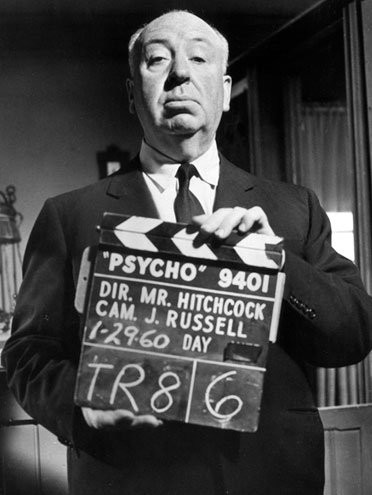 The legendary film director Alfred Hitchcock had a talent for driving his scriptwriters a little crazy.

As his writing team began closing in on how to structure a particularly thorny plot point or twist and turn of the story, Hitchcock would offer a glass of wine, or begin to talk about his experiences traveling through Europe, or recess the session for a lavish meal.

One day, after another Hitchcock treatment of interrupting the writing session, one of his writers complained.

“Alfred, we were just getting to a conclusion.”

Hitchcock smiled and told the writer that they were getting there too soon. He wanted to hold the tension so that a more creative possibility could emerge.

This use of creative tension was, according to Fritz, one of the filmmaker’s trade secrets. Hitchcock would set up tension and rather than look for a quick resolution, he’d deepen the tension.

Most people don’t like living in the realm of the unknown. They avoid the ensuing creative tension and seek quick answers to their problems.

These principles certainly apply to the process of writing a novel or screenplay. At the start of our Ten-Month Novel and Script First Draft Course, most writers’ instincts tell them to resolve tension and avoid ambiguity by coming up with a quick answer to their story questions. It takes them a while to realise that story problems are just opportunities in disguise.

Dwelling in the space of not knowing and seeing storytelling as an adventure and a process is the source of one’s greatest creative power.

John Cleese said one of the reasons he’d been more successful with his writing than most of his peers came from the fact he took his time solving story problems.

“Creativity is not a talent,” he said. “It is a way of operating… If you just keep your mind resting against the subject in a friendly but persistent way, sooner or later you will get a reward from your unconscious.”

The great detective Sherlock Holmes also understood this. When asked by Dr Watson if he suspected anyone, he said, “Yes. Myself. Of coming to an answer prematurely.”