Home » About Writing » Keys to Creating a Great Story 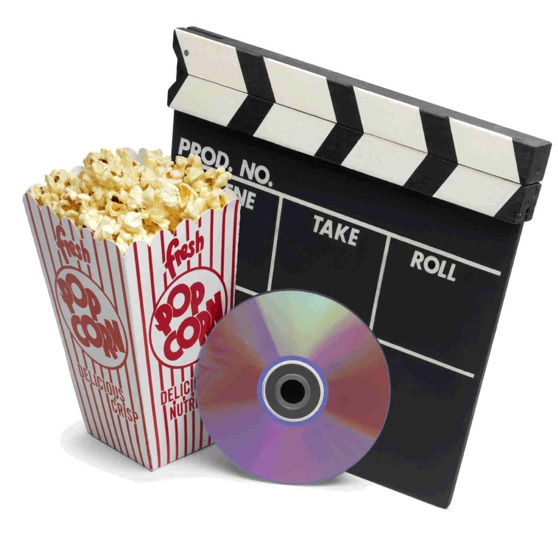 John Truby is a Hollywood screenwriting teacher and story consultant who shares many of the beliefs we hold about the process of storytelling and structure.

One of the key lessons we took away from this interview with him is that a good story and good writing comes as a result of sound structure and a well thought out, step-by-step process. You cannot really judge your work until you’ve completed the process.

What’s the best advice you can give writers to help them develop their own unique voice and style?

Voice and style come from content. Successful content comes from having an original story idea that is structurally well told. And this combination is extremely rare.

This question is really about the writing process. Telling your story with a unique voice and style comes near the end of the process. The beginning of the process has to do with coming up with an original story idea, and that involves digging into your premise and using story techniques that show you the elements of the idea that are totally unique to you.

The next part of the process is a story structurally well told. This involves all the techniques that go into character, plot and story world. If you master all of these techniques, you are 90% of the way to writing with a voice and style that is unmistakably yours.

When a writer has an idea for a screenplay, what questions should they be asking themselves before writing?

The idea stage is the single most dangerous moment for a writer. Why? Because you have almost nothing to go on. Yet you have to somehow dig deep into the idea and determine right now if it can work as a 110-120 page script. This is where craft and technique come to the rescue.

When you apply the techniques for breaking down a story idea, you find out a fact that might amaze you: 9 out of 10 ideas should never be written as screenplays. They are simply too full of structural problems you can never fix, no matter how good you are at story.

One of the biggest mistakes first-time writers make is that when they come up with a story idea they get so excited they immediately start writing script pages. They get 15-25 pages in and then hit a dead end from which they cannot escape.

Instead, start by looking for the structural problems that are embedded within the idea. Focus on the probable main character and whether the idea can sustain a plot that is complex enough to generate up to 120 pages of story.

So how do you know a story you want to turn into a screenplay or novel can carry an entire movie or book?

There are many factors that determine a good story. When you are first considering whether a story idea will work as a novel or screenplay, look especially at two structural elements, which you can see right in the premise line: the desire line and the opposition. The hero’s goal provides the spine of the story, and it must extend all the way to the end of the story. So make sure the goal is difficult to achieve and will require the hero to take a lot of complex actions to reach it.

When considering the probable opposition in the story, make sure you can identify one character as the main opponent who wants to prevent the hero from reaching his or her goal. Then see if you can think of other characters who also oppose the hero’s desire, but for different reasons, and use different strategies than the main opponent.

Back to basics: Does character come from plot, or plot from character?

This question represents the Catch-22 of storytelling. Plot is the sequence of what your hero does while going after a goal. Character is not some separate entity from plot, automatically full grown at the start of the story. Character is defined by what your hero does over the course of the story. In other words, plot and character define one another. You can’t have a great plot without a strong, complex main character to generate those actions. And you can’t have a great main character without an intricate plot to test him to the depths of his being.

Think of the relationship of plot and character as a feedback loop; when you improve one you automatically improve the other. The most important thing to remember is that character and plot must be organically and intricately linked for the story to be great.

What defines a good story?

So many things. But fundamentally a good story is, once again, plot coming from character and character coming from plot. Most writers think plot and story are identical. They aren’t. Story is the perfect union of character and plot.

A good storyteller actually tracks two lines: the character’s success in the action line and the character’s internal change. The audience wants to see the hero succeed in both lines. The writer makes those two lines one by connecting plot and character under the surface, through the story structure.

What are common myths about being a successful screenwriter in Hollywood?

Yes, Hollywood is based on relationships and of course you have an advantage if you are a close friend of George Clooney. But surprisingly, it’s not much of an advantage. The fact is, very few writers have the skills required to write a professional-level script Hollywood wants to buy. When you get the rare opportunity to make a high-level relationship, you have to walk through that door with one hell of a good script. You won’t get a second chance. The big shots need to know that you are a professional, a master of the craft. One of the few advantages that we have as writers is that it just has to be there on the page. It’s hard, but with commitment you can do it.

2) If I could just pitch my idea to the right person, I could get a script deal and be on my way.

Pitching is a joke. Unless you have the credits of an Aaron Sorkin or a Steve Zaillian, you are not going to be able to pitch to anyone but the assistant to the guy who makes copies. And if you did somehow get in to pitch to people with real weight at a studio, this is what they will always say to you: “That’s a really good idea. Now go write the script and I want to be the first person to read it. Bye.”

Ideas are a dime a dozen. What’s rare is a professionally written script. And since the recession of 2008, even the top writers in Hollywood are having trouble getting a deal from just a pitch. So forget pitching and go write a good script.

3) Every screenplay has three acts and 2-3 plot points.

This one-line summation of what’s known as “3-act structure” is the big lie that every beginning screenwriter is taught, and it kills the career of 99.9% of them. Three-act scripts are mechanical writing at its worst, and the 3-act approach produces a simplistic way of thinking and writing that guarantees you will be an amateur forever.

Just to give you one example, the average film that comes out of Hollywood has anywhere from 7-10 plot points, and if you are working in the detective, crime, or thriller genres, you will need even more. In plot hungry Hollywood, who is going to win the competition between your 3 plot-point script and a script with 7-10?

Three-act writing is for beginners only. You’ve got to learn the techniques the professionals use to be successful.

Finally, what would you say is the biggest misconception about learning and understanding story structure?

Most writers never move past 3-act structure, which is deadly because 3-act structure is a mechanical, arbitrary way of dividing story. You can divide anything into three parts, but that won’t help you figure out a story that is complex enough to work at the professional level.

Real story structure, also known as deep structure, is organic. Instead of being imposed from the outside, it comes from inside the hero. Or to put it another way, it’s how the hero develops as a human being by working through a plot, a sequence of actions that tests that hero to the fullest.

Shifting from 3-act to organic story structure is not easy. Three-act is a magic bullet we all desperately want to work. But it won’t work. So let it go. Organic story structure requires knowing your hero with tremendous depth and being able to come up with story events that will inexorably lead that character to fundamental character change. If you can make the shift from 3-act to organic story, the payoff is huge. It’s what makes you a professional.

Writing Fiction nourishes the soul of the reader and writer