Home » About Writing » More Than Meets the Eye – Kim McRae

More Than Meets the Eye 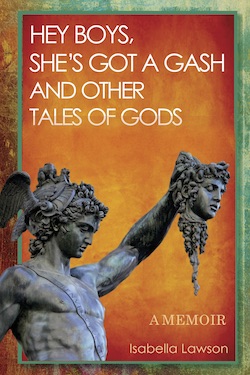 My partner, Roland Fishman, and I run The Writers’ Studio, which Roland founded in 1992.

We were both shocked and saddened to hear of the recent death of one of our writers under suspicious circumstances. And even though it was 10 years ago now, I can clearly remember the night we met her.

It was the start of the first night of our regular 4-Week Unlocking Creativity course, and as always, it was a full class. Everyone else in the group had arrived by the 6.30pm start time, except a woman by the name of Kim McRae. We have so much to get through in the first session that we can’t wait for latecomers and we always begin right on time.

About 10 minutes into the class, we heard someone push through the door downstairs.

Until people come up the two flights of stairs at the Lugar Brae Uniting Church Hall in Bronte, where our Studio is situated, we never know who will be taking part. But we can guarantee it will be a diverse crowd of various ages and backgrounds, who are all in that first session feeling very anxious and nervous.

I said to the class, “That’ll be Kim, let’s wait” The room was silent. With a smile on my face, I turned to the entrance of the studio.

The vision standing in the doorway was both striking and confronting. I kept my smile firmly in place. A lean six-foot-two woman with a massive mane of long blond hair and well, there is no getting around it, a set of enormous breasts.

Kim politely apologised for being late and I stood up and showed her to her seat. I have no idea what the rest of the class were thinking, but we see the studio as a creative space where everyone who wants to write, is welcome.

In the break, I noticed Kim was hanging back on her own and I made a point to go straight to her, to make her feel as comfortable as possible. She was polite and softly spoken and so grateful to be with us, that I immediately fell in love with her. There was definitely something about Kim.

So started Kim’s three years at the Writers’ Studio, writing her memoir. And everyone in our classes, who worked with Kim, likewise fell in love with her. She and her fellow course participants would often meet up after classes, to share their work, and no doubt some tales of her incredible life. 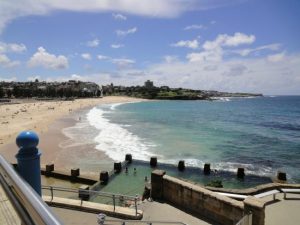 Why am I writing this you may ask? Kim McCrae was the woman who was apparently murdered in her Coogee unit two weeks ago. Police are investigating her death. In most media reports, Kim was described only as a transgender sex-worker, and I want to pay tribute to this beautiful human being, and bear witness to the Kim that I and others at the Writers’ Studio knew.

As Maya Angelou says, we do better when we know better. Kim was very dear to not only me, but to a whole community of very special people who were all on a path to tap deep inside themselves, and write their stories. We learnt so much from her.

Kim was very open about the life she led. Many years ago, she became a Buddhist and a vegan, she didn’t drink, take drugs or smoke. She was a twin. She was erudite and she loved literature, mythology and poetry, which didn’t surprise me, as she was such an evocative writer.

And after many, many years of hard intense work, Kim published her memoir in December 2018, under the pseudonym Isabella Lawson, titled ‘Hey Boys, She’s Got a Gash and Other Tales of Gods – A Memoir’.

The following is from the back cover of Kim’s memoir:

“Isabella Lawson lays her soul bare in this intense and beautiful memoir. Lawson’s life is rich in experience, she’s pretty much tried everything and built an anthology that she articulates with bold poetic prose.

Maintaining a hopeful outlook without blame or regret she shines a spotlight on conservative Australia in the 60s, 70s, and 80s, the harsh values and gender repression and expectation. Her forbidden love affair with Emin, relayed through a series of intimate text messages and email, provides an insight into her deep desire to be loved and the lengths that anyone might go to for love.” Clare Gillis

Kim was so proud of this book, and I of her. I last spoke to Kim a few months ago and she told me she was off to London to promote it. The last thing she said to me, was “I love you Kathleen” and I said “I love you too Kim, now go get ‘em!”

I have no idea if Kim ever got to London, and I probably never will. I am grateful, and so happy for Kim that she achieved her dream, and got so much pleasure from it, before this terrible tragedy occurred. And that she took a risk and walked up those two flights of stairs one Wednesday night in 2010.

I saw in one of the articles about her death, a friend of hers said, “She was certainly an icon of Coogee for over a decade. She was ‘out there’ but she’s the kindest person I’ve known.’

Getting your Novel Published 3: How to get a Literary Agent – Writing a Query Letter

Getting your Novel Published 2: Traditional Publishing V Self Publishing

Getting Your Novel Published 1: The Publishing Landscape